The UK tech scene is booming with a 68% increase in jobs on offer at the top 100 startups and scaleups since the pandemic hit, according to fresh research from job website Work in Startups.

Fintech, Foodtech and Healthtech are fuelling the boom, with the largest growth in hiring compared to April 2020. Overall, there were 3,298 advertised vacancies available in February, up from 1,964 in April 2020.

An analysis by role reveals programmers and developers are in hottest demand, with a staggering 60,000 roles currently vacant. Ruby developers are also in huge demand with a 700% increase, followed by Java specialists (+300%). Marketing jobs made a strong comeback after being hit the hardest in April 2020, with over 100% more jobs.

Overall, UK tech job vacancies are at a record high, with 110,000 roles currently available, according to Adzuna data, making up 13% of total UK job vacancies. While employers in other sectors have put hiring on hold, tech companies recorded a 33% increase in vacancies since April last year.

Vicky Vitkay, General Manager of Work in Startups, commented: “We’ve seen a strong bounce back of UK tech professionals after what turned out to be quite a short slow-down in hiring within the industry. There’s been an overwhelming need for digital strategies during the pandemic which has excitingly given many new startups the opportunity to launch and many to make their IPO. These figures are giving hope that the UK’s next large tech companies will be born out of the pandemic crisis.”

Adzuna co-founder Andrew Hunter said with unemployment growing, particularly among younger workers, the challenge will be to upskill jobseekers to suit rising demand for roles like developers and programmers. “Getting that right could help many struggling jobseekers into well-paid, future-proof careers – and help our growing tech companies thrive,” he said.

The research was released as HRLocker and Hays Digital Technology unveiled a partnership to help Irish and UK tech startups and scaleups access and manage talent. While the pandemic has made funding access more difficult, a bigger challenge facing growing tech companies is acquiring and retaining the talent they need to build out their offering and scale.

In Ireland, over three quarters of tech companies have reported that the skills shortage is costing them money. And with competition at an all-time high, startups and scaleups are finding it harder than ever to compete with more established organisations.

The partnership seeks to overcome this by providing access to a wider talent pool and surety in hiring budgets at the acquisition stage, while enhancing employee experience (EX) to boost retention rates.

Hays Rise, a subscription-based service, will provide access to a vast network of tech professionals, while HRLocker will remove much of the administrative HR burden for companies on the Hays Rise programme by offering a free subscription to its platform. 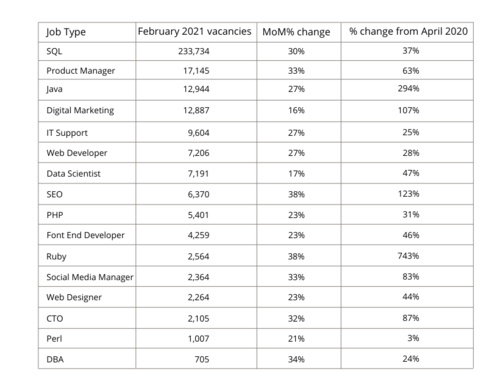 You will now receive blog posts, updates & keep up to date with all things HRLocker!